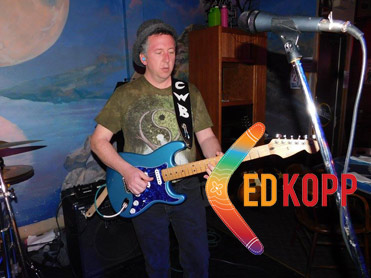 Ed is a professional musician who began playing the guitar at age 8, was in his first band at age 14 and graduated from Ithaca College with a degree in Jazz Guitar. Ed has performed hundreds of gigs all over the US, Canada and Europe, and has recorded dozens of songs, jingles and soundtracks.

A prolific songwriter, Ed has written hundreds of songs and loves to perform them along with many of the best from the Classic Rock era, sprinkled with new favorites as well. Recently Ed has incorporated live looping into his set providing an exciting element of adding layers and textures to his performances.

Ed is currently writing and recording a “Musical Memoire” called “Backpacker Poetry” based upon his six-month backpacking trip across Europe at the age of thirty. The book will be accompanied by 25 songs giving a musical backdrop to the narrative. Ed plans on turning it into a musical and has already written a screenplay about it as well.